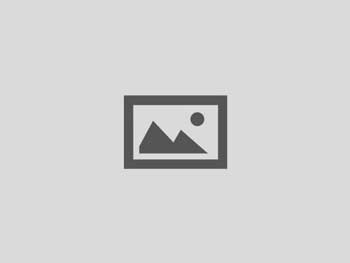 Pensions – “The Times They are a changing!”

There is a song by Bob Dylan in which he tells us to gather around, that the waters are getting higher and we better start swimming or we’ll sink like a stone. This reminds me of the current position we find ourselves in relation to our pensions.

If you are under the age of 52, you may or may not be aware that the government changed the age in which you will be entitled to receive your OId Age Pension from 65 to 68.

Unlike other more hot blooded European countries we didn’t march on the street, we didn’t riot, we just got on with it as usual.

Why has the Government made this decision? Well part of the reasons is because of the demographic time bomb that exists in relation to the state pension. At the moment for every one person in receipt of the state pension there might be 6 people working and paying Income Tax to fund the state pension for those over the age of 65.

In 20 years time there may only be 3 people working for every one person in receipt of the state pension. The reasons for this:

Not only has our normal retirement age been pushed back from 65 to 68, we cannot guarantee what level of pensions we might receive into the future.

So by choosing not to riot, we chose not to get mad but can we get even? Well the answer is yes because pensions still attract tax relief on their contributions and if you’re a higher rate tax payer for every €100 you invest into a pension the Government will invest a further €41 on your behalf in the form of tax relief. There is no doubt that private pensions and employer sponsored schemes are a way of bridging the gap between what the Government may pay you at age 68 and what your requirement for income may be when you retire.

So again to paraphrase the great Bob Dylan once more ‘the line it is drawn, the curse it is cast… as the present now will later be past, the order is rapidly fading’.

Talk to your employer today in relation to providing you with pension benefits in your place of work. Look at previous employment and any old pension benefits that you may have arising from them. Talk to a Financial Advisor about making tax efficient contributions to a retirement fund. Take the future into your own hands now, you cannot rely on future Governments for the times they are a changing.[/vc_column_text][/vc_column][/vc_row]

Our partners in Business

Manage Cookie Consent
To provide the best experiences, we use technologies like cookies to store and/or access device information. Consenting to these technologies will allow us to process data such as browsing behaviour or unique IDs on this site. Not consenting or withdrawing consent, may adversely affect certain features and functions.
Manage options Manage services Manage vendors Read more about these purposes
View preferences
{title} {title} {title}